This resource website displays data concerning death sentencing in the United States from 1990 to present. Research using these data includes a book, “End of its Rope: How Killing the Death Penalty Can Revive Criminal Justice” published by Harvard University Press in Fall 2017.  This research was conducted by Professor Brandon L. Garrett with the support of the University of Virginia School of Law.  The Proteus Action League provided a grant that made creating this website possible.

About End of its Rope 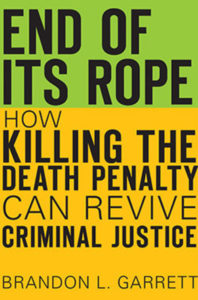 It isn’t enough to celebrate the death penalty’s demise. We must learn from it.

When Henry McCollum was condemned to death in 1983 in rural North Carolina, death sentences were commonplace. In 2015, DNA tests set McCollum free. By then, death sentences were as rare as lightning strikes. To most observers this national trend came as a surprise. What changed? Brandon Garrett hand-collected and analyzed national data, looking for causes and implications of this turnaround. End of Its Rope explains what he found, and why the story of who killed the death penalty and how can be the catalyst for criminal justice reform.

No single factor put the death penalty on the road to extinction, Garrett concludes. Death row exonerations fostered rising awareness of errors in death penalty cases, at the same time that a decline in murder rates eroded law-and-order arguments. Defense lawyers radically improved how they litigate death cases when given adequate resources. More troubling, many states replaced the death penalty with what amounts to a virtual death sentence—life without possibility of parole. Today, the death penalty hangs on in a few scattered counties where prosecutors cling to entrenched habits and patterns of racial bias.

The failed death penalty experiment teaches us how inept lawyering, overzealous prosecution, race discrimination, wrongful convictions, and excessive punishments undermine the pursuit of justice. Garrett makes a strong closing case for what a future criminal justice system might look like if these injustices were remedied.

You can order the book from Harvard U. Press here and on Amazon here. You can read more about the book and watch a video about the book here and read a UVA Law story describing the book here. A Q&A in the Marshall Project describes the book: “A new book explores the slow demise in the ultimate punishment.” A Q&A and video interview in Salon discusses the rise in life sentences, even as death sentences decline. Here is a story about the book at the Death Penalty Information Center. Here is a link to the Criminal InJustice podcast discussing the book. 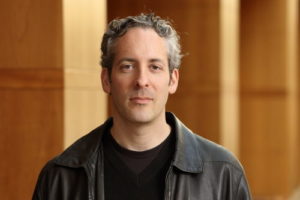 Brandon L. Garrett joined the Duke Law faculty in 2018 as the inaugural L. Neil Williams, Jr. Professor of Law. His research on our criminal justice system has ranged from the lessons to be learned from cases where innocent people were exonerated by DNA tests, to research on false confessions, forensics, and eyewitness memory, to the difficult compromises that prosecutors reach when targeting the largest corporations in the world.

In 2011, Harvard University Press published Garrett’s book, “Convicting the Innocent: Where Criminal Prosecutions Go Wrong,” examining the cases of the first 250 people to be exonerated by DNA testing. That book was the subject of a symposium issue in New England Law Review, and received an A.B.A. Silver Gavel Award, Honorable Mention, and a Constitutional Commentary Award. It is has been translated in Japan and Taiwan, and is China. In 2013, Foundation Press published a casebook, “Federal Habeas Corpus: Executive Detention and Post-Conviction Litigation,” that co-authored with Lee Kovarsky. Garrett’s book examining corporate prosecutions, titled “Too Big to Jail: How Prosecutors Compromise with Corporations,” was published by Harvard University Press in Fall 2014. It was translated in Taiwan and is currently being translated in Spain. Garrett’s law review articles can be downloaded on SSRN. Garrett’s latest book, “End of its Rope: How Killing the Death Penalty can Revive Criminal Justice” was published in Fall 2017.

Garrett’s work has been cited by courts, including the U.S. Supreme Court, lower federal courts, state supreme courts, and courts in other countries, such as the Supreme Courts of Canada and Israel. Garrett also frequently speak about criminal justice matters before legislative and policymaking bodies, groups of practicing lawyers, law enforcement, and to local and national media. He attended Columbia Law School, where he was an articles editor of the Columbia Law Review and a Kent Scholar. After graduating, he clerked for the Hon. Pierre N. Leval of the U.S. Court of Appeals for the Second Circuit. He then worked as an associate at Neufeld, Scheck & Brustin LLP in New York City. A more detailed bio is available here. His author website is available here.